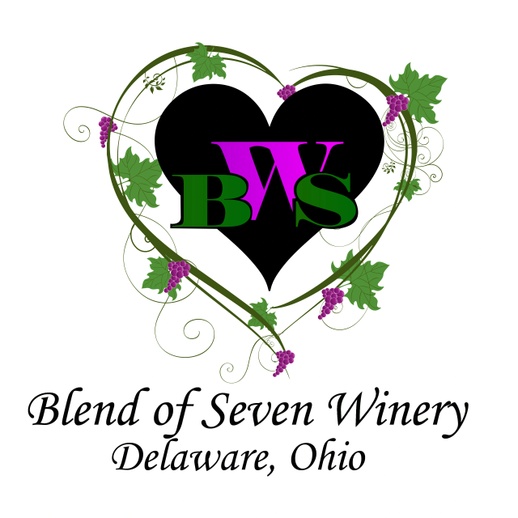 The name Blend Of Seven is inspired by family and Family Owned & Operated since 2011.  Owners Steve & Sandi were married in 1994, resulting in a blended family of seven. Steve, his three children; & Sandi, her two children: two became seven! Steve and Sandi have been married 25 years and now have 9 grandchildren. Their Wine Journey began after visiting a winery in 2008, for a "date day". Then in 2010, Sandi purchased a home wine making kit for Steve in honor of their wedding anniversary and they began making wine for their own use and pleasure. After making wine for themselves, family, and friends for a year or so, they decided to turn their passion into their business! BOSW began in their home (10x14 room addition), to an 1800 square foot location on London Road, and now at former landmark "Branding Iron" (4100 square foot) reborn as Blend of Seven Winery on October 16, 2015! Where will their journey take them next?

Pivotal to Steve & Sandi's wine making philosophy:  keeping focus on the grape/grapes being used; maintaining the grape as the star. Steve does his best to enhance the natural flavor of the grape and never mask it by over sweetening, oaking, or smoking. Like their children, each unique in their own way, BOSW wines offer a wide variety of tastes providing choices for every palate. Nearly all of BOSW's wine names are inspired or named by children, grandchildren, friends/loved ones. BOSW's Signature Blends (currently 10 total), with exception of two, are made with Ohio juice, blend of Ohio juices, or Ohio juice with natural flavoring added.

ALL wines are hand-crafted onsite made from the finest and award-winning juices from Ohio and around the World. BOSW currently offers a total 33 wines and have converted many a "non-wine" drinker with their unique blends.  Varieties range from very dry with complex layers to very sweet and light. BOSW wines sell so fast there is no time to age...be sure to buy an extra one. Then take it home, put in a cool dark location, let it age and the result will be amazing! Wines available by TASTINGS, GLASS, BOTTLE, and bottles to go. Watch for our Wine Club which is expected to launch May-June, 2019.

For information on Private Events, Group Reservations, Sign up for Event(s); drop us a line. We'll get back to you in 24-48 hours (longer if weekend inquiry).